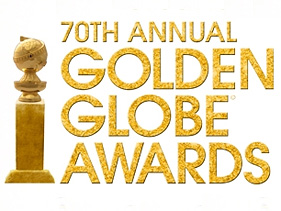 It's that time again, folks. That's right, Award Show season!!!  Not only is the team here at Sequence working on an array of trophy-hocking celebrations, but the entire world is preparing for the most anticipated night of the year, the Oscars. The pre-game shows, also known as "The Golden Globes"  and the "Grammy's" whet our appetites. This post is part 1 of a 3-part mini series by me, the self-proclaimed "Sofa Show Producer". I'm calling it like I see it from the safety of my own couch, no headset or clipboard required. Phew!

And now . . . the show begins! Or, actually, the E! red carpet coverage begins . . . all in the name of show-production science, people! If you're going to "red carpet," E! really has it down. Plus, they are all actually dorks to the core and are clearly having a good time out there.

Live TV is a land I have never visited, but hope to some day. No safety net, maximum pressure, and an audience beyond the confines of the venue. When I'm watching, the production blips make my heart stop  "Let's talk a look at that dress . . . any minute now . . . it's red . . . you'll really like it . . . still waiting . . . voila, there it is!" All the while, I'm breathing into a paper bag!

Ok, now, the show really begins!!! I can't wait to see the stage . . . [adjusts her floor-length designer gown, champagne and popcorn *POPPED*, remote at the ready].

What follows is my stream-of-consciousness analysis of the Golden Globes:

STAGE SET UPDATE: I like the color changing wavy-shapes on the stage . . . best colors so far are the white and the amber golds.

HUGE SNAFU ALERT!!!!! Selma Hayek and Paul Rudd left standing like doofuses during what must have been a promoter malfunction during "Best Actor in a TV or Mini Series"?!? They cut to the nominee reel, probably the smartest thing to do. AWK-WARD.

THIS JUST IN on decor (thanks Faye!) . . . tasteful red centerpieces, variations in flower type and height. Just the right amount of punch to enhance the room.

STAGE SET UPDATE: Now, there are circles?! Apparently the background has been changing all along, and I didn't actually notice it until now. I guess that means it was a little too subtle, eh?

Staffing Side Note: How does one get the job of "Dude who helps the ladies up the stairs"?

Overall, I found the 70th Annual Golden Globes very enjoyable. Seemed like there was a little more (good) comedy than usual, plenty of heartfelt and touching moments, and the production was mostly smooth sailing. Thanks for reading! See you again on Sunday, February 10th for the Grammy's!